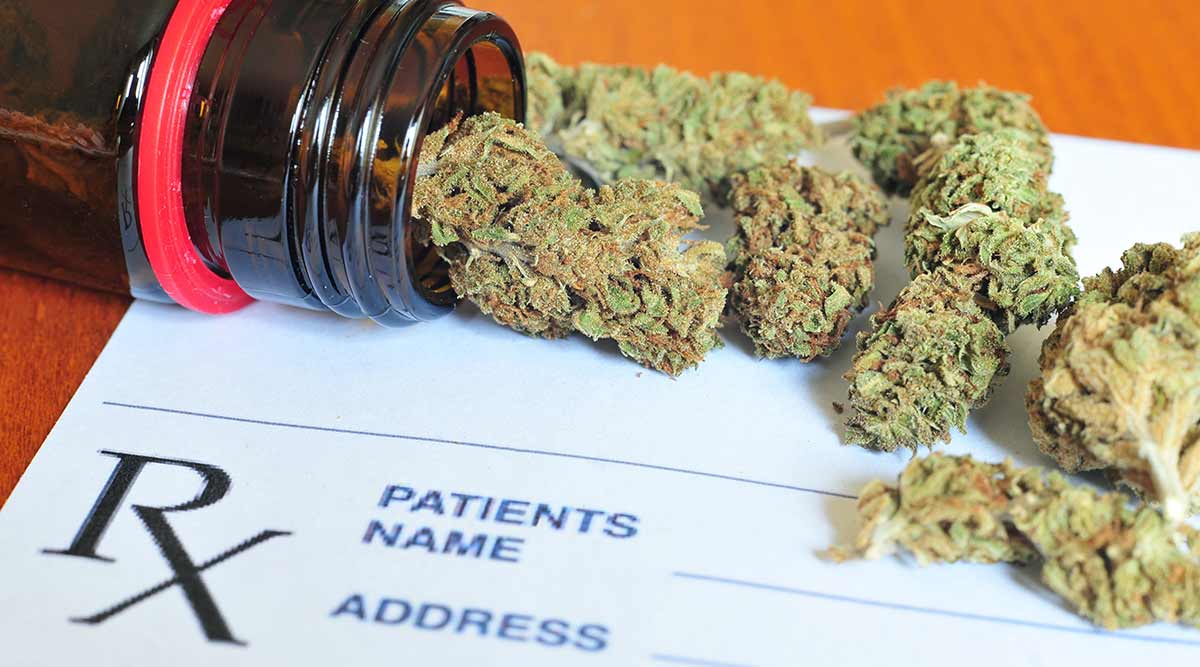 The topic of marijuana is controversial in the medical community, law enforcement, and the general public. Many well-respected doctors are pushing for its use to ease symptoms of several diseases, not just Alzheimer’s. Just as many doctors are concerned with long-term effects and potentially addictive nature. This article is neither promoting nor protesting the use of marijuana for medical use or otherwise. We are merely providing the evidence found from these studies.

The stereotype of the absent-minded and forgetful stoner might be a thing of the past. There have been promising studies that link active ingredients in marijuana to the prevention, but also even reversing Alzheimer’s and other diseases that affect the brain.

So does marijuana stop Alzheimer’s? Since the mid 2000’s evidence from these studies has shown a direct benefit from marijuana use in preventing Alzheimer’s in patients. The active ingredient in Marijuana, tetrahydrocannabinol (THC) blocks the protein that causes plaque to form on a person’s brain suffering from Alzheimer’s. It also demonstrated that it can reduce inflammation, which contributes to memory loss and Alzheimer’s.

This is great news for the 5.7 million Americans living with this disease, especially the 200,000 people under the age of 65 who have been diagnosed with younger-onset Alzheimer’s who have time to manage their illness.

Doctors and researchers do not fully comprehend what causes Alzheimer’s and other types of dementia to affect some people, yet not others.

By studying the brain tissue of people who suffered from Alzheimer’s doctors do know that a buildup of plaque deposits on the brain is responsible for the cognitive decline.

The plaques that form on brain cells causing them to die are made from a protein known as amyloid-β (amyloid beta), a toxic protein that has been associated with Alzheimer’s disease.

There has been a correlation found between inflammation of brain cells and the plaque buildup that cause brain cells to die, consequently resulting in memory loss.

Dementia is a general term for many diseases and conditions, but they all share a similar trait. Progressive death of brain cells that happens slowly over time, although some patients may decline rapidly.

Among the many types of dementia, Alzheimer’s is the most common form.

What is THC and CBD?

Tetrahydrocannabinol, or THC is a prominent chemical compound found in marijuana. It is responsible for the euphoric high that recreational cannabis consumers enjoy, but it also has other properties.

THC is a cannabinoid, a type of chemical compound that interacts with the receptors of the brain. Cannabinoids can have numerous effects on the brain, obviously getting high is one, at the same time others have shown to have beneficial effects with dementia and Alzheimer’s. Marijuana has approximately 60 different cannabinoids, but we’ll mostly discuss THC and positive effects it has.

Cannabidiol (CBD) is another cannainoid that recently has received more attention. CBD has caused a great deal of excitement within both the recreational cannabis and medical communities.

CBD has been found to have many of the benefits that THC has, without any of the psychoactive side-effects. Basically, you don’t get high. There is not nearly as many studies or literature on CBD as there is THC, so the majority of this article will discuss THC.

Benefits of THC in Alzheimer’s Patients

THC has shown to be beneficial for treating both the inflammation of brain cells, preventing and reducing the amyloid beta protein that causes plaque buildup between neurons. These are two main factors that have been shown to contribute to dementia, especially Alzheimer’s. The early results are promising, but researchers can’t say yet that marijuana stops Alzheimer’s disease.

How To Take THC

There numerous ways to consume THC, the most widely used method is smoking it as a cigarette, or with paraphernalia like pipes, bongs, or other devices. Eating THC in the form of brownies, cookies, gummies, and other edibles have been around for a while as well. Vaping is a newer concept for consuming marijuana and THC, and is actually how medicinal marijuana is prescribed in some states where it is legal.

Regardless of how it is consumed, medical marijuana is not new and has been used in numerous parts of the world for thousands of years to treat pain, inflammation, or alleviate symptoms of a disease.

The Food and Drug Administration (FDA) has recently approved two pill versions of medical marijuana. Doctors prescribe the drugs Dronabinol and Nabione  for patients with cancer or AIDS. They currently are not available as a prescription for Alzheimer’s patients, but this is a good sign that prescription drug version may be available in the near future.

Medical Studies of the Effects of Marijuana on Alzheimer’s

The following studies have been summarized. For more detailed information see the source links at the bottom of this article.

2005 – Cajal Institute and Madrid’s Complutense University, published in the Journal of Neuroscience.

2012 – Andras Bilkei-Gorzo, Institute  of Molecular Psychiatry at the University of Bonn (Germany)

2014 – 4 Departments from the University of South Florida, and Thomas Jefferson University, Philadelphia

“THC is known to be a potent antioxidant with neuroprotective properties, but this is the first report that the compound directly affects Alzheimer’s pathology by decreasing amyloid beta levels, inhibiting its aggregation, and enhancing mitochondrial function”

Scientific and medical professionals have conducted numerous studies showing the benefits of marijuana. Despite this, widespread acceptance of the drug has not been easy.

According Wenk, the neuroscientist previously mentioned in the 2012 study, “I get hate and love mails that are bizarre and phone messages from people too high to talk. Some of my colleagues have left the area after seeing their names in the National Enquirer… I do not blame a war on marijuana but rather the public’s prejudice and extreme bias. I’ve now discontinued my research on this system.”

Conducting the research comes with legal, political, and social challenges. This means it may take longer than normal before we see the gaps in the scientific research filled. For instance, there hasn’t been a study yet that follows habitual marijuana smokers to see if they are more or less likely to develop Alzheimer’s. Another example would be comparing a decline in cognitive abilities of someone who uses marijuana with a non-smoker. Currently these studies are too controversial to give funding to.

Ironically, the federal government has patented the marijuana molecule CBD as a neuroprotectant. Cannabis has been classified as a schedule 1 drug, meaning it has no medical use.

The war on drugs is impacting unrealized benefits of THC and CBD by limiting scientist’s ability to research and study the drug. It may take some time until we know whether or not marijuana stop Alzheimer’s.